American Protégé International Flute Competition Fall 2013 was designed for solo performers and ensembles of all ages, nationalities and countries, who would like to challenge themselves in a very competitive environment. Participants were required to submit video or audio recording materials for the audition.

First and Second Place Winners performed on Sunday, April 20, 2014 at 8:00 PM at the Weill Recital Hall at Carnegie Hall in New York City. 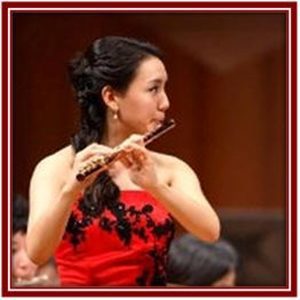 Grace Wang, 29 from Baltimore, MD, has currently pursued a Graduate Performance Degree at the Peabody Institute of Johns Hopkins University with Marina Piccinini, where she has also received her Master’s Degree. Originally from South Korea she has served as principal flutist of the Ditto Orchestra, Seoul Metropolitan Youth Orchestra and has substituted with major orchestras including KBS(Korean Broadcasting System) Symphony Orchestra, Bucheon Philharmonic Orchestra, and Chungnam Philharmonic Orchestra. A winner of the 2012 Rochester Flute Association Competition, the Journal of Music Competition, Korean Music Association Competition and many others, Ms. Wang has also been pointed as a young artist from the Gumho Asiana Cultural Foundation and has appeared as a soloist with the Seoul National University Philharmonic Orchestra and the Korean Flute Ensemble. She has also been active in chamber music playing with the Lunar Ensemble and recently she has premiered the piece ‘Book of the Lake’ by Daniel Thomas Davis commissioned by the Walters Art Museum. 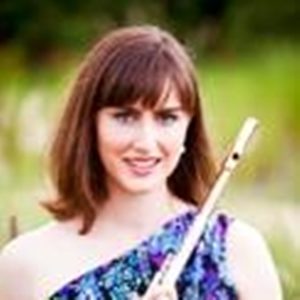 New York City-based Australian flutist, Catherine Gregory, 27, has performed at premier US concert halls such as Carnegie Hall’s Zankel Hall and Weill Recital Hall, The Kennedy Center, Alice Tully Hall and at the Lincoln Center Festival. Catherine has performed with the Paris Opera Ballet on their Australian tour, the Queensland Symphony Orchestra and has toured Europe as Principal Flutist for the Queensland Youth Symphony. After receiving her Master degree with High Distinction, Catherine won a prestigious Fulbright Postgraduate scholarship, a Brisbane City Council Emerging Artist’s Fellowship and an American Australian Association’s Dame Joan Sutherland Fund grant. These awards supported her pursuit of an Artist’s Diploma at Carnegie Mellon University as a student of Alberto Almarza and Jeanne Baxtresser. The winner of several prizes including the James Carson Flute Competition, Ross Peters 4MBS Chamber Music Prize, Carnegie Mellon University Baroque and Concerto competitions and the Golden Key Visual & Performing Arts Achievement Award, Catherine was also an Australian national finalist in the Geelong Advertiser Music Competition and recipient of the Alistair Scott prize. Catherine is currently the Flute fellow in Ensemble ACJW: A Program of Carnegie Hall, The Juilliard School, and The Weill Music Institute in Partnership with The New York City Department of Education.