American Protégé International Woodwinds and Brass Competition is designed for solo performers and ensembles of all ages, nationalities and countries, who would like to challenge themselves in a very competitive environment. The Competition is open for Flute, Clarinet, Saxophone, Oboe, Bass Clarinet, Bassoon, Piccolo, Trumpet, Trombone, French Horn, Flugel, Tuba and other woodwinds and brass instruments. Participants are required to submit video recording of recent performance for the audition.

$300 Scholarship, Judges’ Favorite Award Trophy was granted based on the judges recommendations. 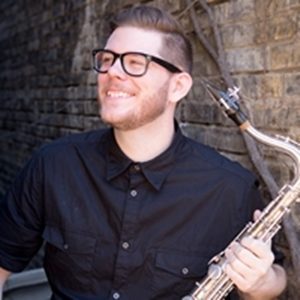 Yamaha Performing Artist Dr. Jeffery Kyle Hutchins is active as a soloist, chamber musician, improviser, educator, and performance artist. Praised for his “formidable technique” and “enviable  uniformity of tone” (The Saxophone Symposium) and described as a “skilled improviser, no doubt about it” (I Care If You Listen), Hutchins has performed in Canada, China, Croatia, Czech Republic, Germany, Scotland, South Korea, and major cities across the US. He has appeared on more than ten albums, participated in the creation of more than 130 new works, and regularly performs with groups 113 (One Thirteen), AVIDduo, Binary Canary, the Broken Consort, The Poem is Done, and Strains New Music Ensemble. Hutchins received the Doctor of Musical Arts from the University of Minnesota where he was a student of Eugene Rousseau. Hutchins is Artist/Teacher of Saxophone at Virginia Tech.