The American Protégé Organizational Committee sponsored First International Flute Competition 2012. The Competition was designed for solo performers and ensembles of all ages, nationalities and countries, who would like to challenge themselves in a very competitive environment. Participants were required to submit video or audio recording materials for the audition. 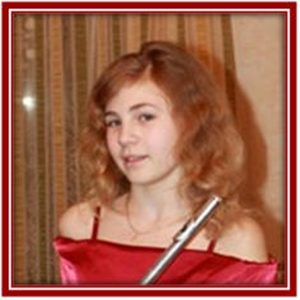 Elizaveta Lobacheva is a 13 year old from Moscow, Russia. Elizaveta began her flute studies at the age of 10 and is currently studying flute in the Gnessin’s Moscow Special School of Music, under the tutelage of Professor Albert Gofman. At age 12 she was named first place winner of the First Moscow Woodwinds Competition named after Yuri Dolzhikov. She was also a second place winner of the Second Moscow Young Flutist Competition. Elizaveta is an active participant in concerts of Vladimir Spivakov’s International Charity Foundation. Last spring she participated in the Music Festival ‘Moscow Meets Friends’. In summer of 2010 Elizaveta attended the Flute Choir at the Summer Music Academy in Santa Rosa, California. In 2012 she was a laureate of the “My Favourite Flute” festival and the “GNESINFEST” First International Internet Competition. 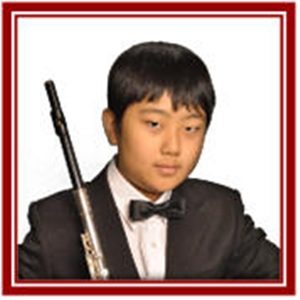 Yibiao Wang, 14, hails from Flushing, New York. In 2009, Yibiao performed in the National Flute Association Convention and received appreciation from Sir James Galway. Yibiao has also made appearances on childrens’ television shows, including “Angelina Ballerina” in 2008, and “The Wonder Pets” in 2010. He received first place at the New York Flute Club Young Artist Contest in 2010-11. Also in 2010-11, Yibiao competed in the Pre-College Open Concerto competition, and received the chance to perform the “Ibert Concerto” with Adam Glaser and the Pre-College Orchestra in Lincoln Center. In August 2012, Yibiao participated in the High School Soloist competition finals, hosted by the National Flute Association, and received praise from Leanna Primiani, the composer for the commissioned piece of the competition, also receiving the newly commissioned piece award. Yibiao is currently studying in Juilliard Pre-College with Dr. Bradley Garner. 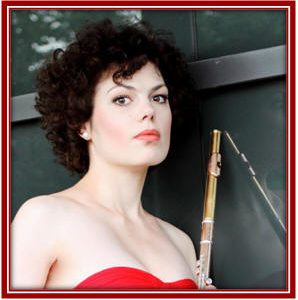 Barbara Kortmann, 27, is from Salzburg, Austria, and is a student of Prof. Michael Martin Kofler. Following her concert debut at the age of 14, she performed numerous concerts in Germany and abroad, in countries such as Romania, and Italy. As an outstanding young musician she was awarded many special prizes by organizations including the Hamburg Culture authority, Hamburg University of Music, and the NDR Symphony Orchestra. She has won prizes at many national and international competitions, including the ‘International Music Competition Jeunesses Musicales’, Romania, the ‘International Aeolus Woodwind Competition’, Germany and she became the first flutist ever to win the Competition of the ‘Märkische Kulturkonferenz’. Ms. Kortmann has performed and been interviewed by nearly every radio station in Germany. In 2009 she made her concert debut as a soloist with the Dortmund Philharmonic Orchestra.

Other Winners will be notified of their standing via email.