The American Protégé International Music Talent Competition is open to all instrumentalists (piano, winds, strings, brass, traditional, etc.), vocalists and traditional folk and jazz groups of all nationalities and countries. Participants are required to submit video recording materials for the audition. American Protégé is looking for genuinely talented people, who have creativity and stage charisma.

We invite talented performers of any age and genre to participate in the Competition.

All applicants who are signed with the manager or producer must submit via email a General Representation and Release Form signed by the Manager/Producer to be eligible for the Competition.

Three qualified judges evaluate audition materials. All judges are independent, their students are not allowed to apply this season. 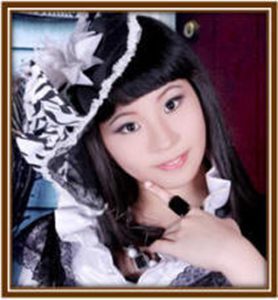 JANICE CARISSA, 13, was born in Surabaya, Indonesia, on July 26th 1998. Her talent was supported by Jaya Suprana and her mother , Sienny Debora , also her aunty Ivon Maria. Now she is a scholarship student of Cita Hati Junior High School Surabaya grade 8. In 2011 she performed at Presidential Palace in Bogor to entertain the President of Indonesia, Susilo Bambang Yudhoyono, and in separate venue – Ministers of the Cabinet Indonesia Bersatu II. In 2011 she also performed at the Sydney Opera House (Australia) for The Fantastic Sound of Two Pianos together with her brother Ryan Ferguson . She was invited to perform at the Theatre Hall of The Lipinski Academy of Music & Ryszard Bukowski and at Grand Concert Hall, The Fryderyk Chopin University of Music (Wroclaw, Poland). In 2010, Janice performed for Duo Piano Recital Masterpiece All Johannes Brahms Hungarian Dance in Surabaya & Jakarta, followed by Duo Piano Recital Masterpiece of Jaya Suprana, in Jakarta, Indonesia in 2011. Janice passed with Honors for Modern Piano Licentiate Diploma Performer from Australian New Zealand Cultural Art when she was 13. In 2008 she took part in four Successful concert, two in Rimini, one in Casena and Ragusa (Italy). She got the Top Prize Winner and The Best Duo Piano at the International Piano Competition when she was 8, and was invited to performed at Weill Recital Hall Carnegie Hall, New York University, Redford University (Minnesota). Janice received Honorary Citizen from the mayor of one of Arkansas cities, Mark Atodala.

Other participants will be notified of their standing via email.